His Excellency President Alpha Condé, Chairman of the 28th AU Summit
Distinguished Heads of State and Government,
Honourable Chairperson of the Commission,

It is so good to be back home, after having been away for too long! It is a good day when you can show your affection for your beloved home! Africa is my continent, and my home.
I am home at last and happily reunited with you. I have missed you all.

That is why, My Dear Brothers, Heads of State, I wanted to make this trip and to address you, without waiting for the protocol and legal procedure for the Kingdom to take its place again within the Organization to be finalized.

The massive, outspoken support Morocco has received is proof of the solid bonds that unite us.
It was necessary to withdraw from the OAU; it has enabled Morocco’s action to be refocused in Africa to show how indispensable Africa is to Morocco and how indispensable Morocco is to Africa.
We have thought it through carefully and it is now so obvious!

It is time to return home; at a time when the Kingdom is among the most developed African nations and when a majority of Member States looks forward to our return, we have decided to join our family again.
A family we had not really left!

In fact, despite having been absent from the AU institutions for so many years, our links, which have never been severed, have remained strong and African sister nations have always been able to rely on us:
• Strong bilateral relations have thus been significantly developed: since 2000, Morocco has signed nearly a thousand agreements with African countries, in various fields of cooperation.
By way of comparison, do you know that between 1956 and 1999, 515 agreements were signed, whereas 949 agreements have been signed since 2000 – in other words, almost twice as many!
During this period I, personally, was keen to give fresh impetus to this action, by making more visits to various African sub-regions.
On each of the 46 visits I paid to 25 African countries, numerous agreements were signed involving the public as well as the private sector.
My action has been particularly geared towards the field of training, which is at the heart of my country’s cooperation with sister nations. This has enabled a number of African students to continue their higher education in Morocco, thanks to the thousands of scholarships given to them.
• Furthermore, major strategic projects were set up during my visits to these countries:
• Firstly, I had the pleasure of launching the Africa Atlantic Gas Pipeline project with my brother, His Excellency Mr. Muhammadu Buhari, President of the Federal Republic of Nigeria.
This project will of course allow natural gas to be transported from gas-producing countries to Europe. But more than that, it will benefit the whole of West Africa.
It will, indeed, contribute to creating a regional electricity market and be a substantial source of energy which will help develop industry, improve economic competitiveness and speed up social development.
The project will thus create wealth for neighboring countries and populations, generating crucial momentum that will stimulate the emergence and the development of parallel projects.

Moreover, it will help build more peaceful bilateral and multilateral relations and thus create an environment conducive to development and growth.

• Secondly, as part of projects aimed at improving agricultural productivity and promoting food security and rural development, fertilizer production plants have been set up with both Ethiopia and Nigeria. These projects will benefit the continent as a whole.

As we know, basic food needs cannot be met with gas or oil. But is not food security the major challenge facing Africa?

This is the objective of the initiative for the Adaptation of African Agriculture, or Triple A Initiative, which we promoted during the COP22. It is an innovative and extremely concrete response to the common challenges posed by climate change.
As soon as it was launched, the initiative was backed by some thirty African countries.

The “Triple A Initiative” is aimed at providing more significant funding for the Adaptation of small-scale African Agriculture; it will also support the structuring and acceleration of agricultural projects in Africa through four programs:

The initiative was also one of the main axes of the Africa Action Summit, which I had the privilege of chairing last November in Marrakesh.

•    Finally, our ties have also remained strong as far as security and peace are concerned.
Do we need to point out that we have always been present when the stability of the Continent is at stake?
Since its independence, Morocco has contributed to six UN peace-keeping missions in Africa, engaging thousands of troops in various theaters of operation.
Moroccan forces are still present today in CAR and DRC.
Morocco has also conducted a number of mediations which helped achieve substantial progress towards peace, namely in Libya and the Mano River region.

My vision of South-South cooperation is clear and constant: my country shares what it has, without ostentation.
Within the framework of a clear-sighted collaboration, Morocco – which is a major economic player in Africa – will become a catalyst for shared expansion.

In my country, sub-Saharan citizens are received according to the conditions previously announced: several regularization operations have been launched; more than 25000 people benefited from the first phase.
The second phase was successfully launched just a few weeks ago, in the same spirit of solidarity and humanism. We are proud of these actions.

They were necessary, vital for these men and women who have suffered too long due to their life in hiding.
We are acting to stop these people from living on the fringes of society, with no work, no healthcare, nowhere to live and no access to education.

We are acting so couples, particularly those from mixed marriages – between Moroccans and sub-Saharans – will not be parted.

All this constructive action to help migrants has bolstered Morocco’s image and strengthened the bonds we had already forged.

We know that we do not have unanimous backing from this prestigious assembly. Far be it from us to spark off a sterile debate! We have absolutely no intention of causing division, as some would like to insinuate!
You will see: as soon as the Kingdom becomes a member and is able to contribute to the agenda of activities, its action will, on the contrary, help bring about unity and progress.

We participated in the creation of this beautiful pan-African edifice and we naturally look forward to regaining the place that is ours within it.

During all these years and without natural resources, Morocco became an emerging economy, with acknowledged expertise; today it is one of the most prosperous nations in Africa.

Morocco has always considered that its strength comes primarily from the integration of the Maghreb sub-region.

It is however clear that the flame of the Arab Maghreb Union has faded, because faith in a common interest has vanished!

The mobilizing momentum of the Maghreb ideal, advocated by the pioneers in the 1950s, has been betrayed.
Today, we regret to see that the Maghreb Union is the least integrated region in the African continent, if not in the whole world.

Intra-regional trade has reached 10% between ECOWAS countries and 19% between SADC countries, while it is still stagnating at less than 3% between Maghreb countries.

Similarly, while West African Economic Community countries are moving forward in ambitious integration projects and ECOWAS is offering a reliable space for free movement of persons, goods and capital, economic cooperation between Maghreb countries is at a low level.
Our fellow citizens in the Maghreb find this situation hard to understand.
If we do not act, by following the example of neighboring African sub- regions, the Maghreb Union will crumble in its chronic incapacity to live up to the ambitions of the Marrakesh Treaty, which gave birth to it 28 years ago.

All this confirms that Morocco is right to choose Africa. By doing so, my country has opted to share and transfer its know-how; in concrete terms, it is offering to build a safe, solidarity-based future.
We are proud to see history has proved us right.

Morocco is not returning to the African Union through the back door, but by the main gate. This is shown by the warm welcome extended to us today by our African brothers.
We enthusiastically invite African nations to join our country’s dynamism and to give new impetus to the whole of our continent.

It is time for Africa to benefit from Africa’s wealth.
We must work to enable our land, after decades of looting, to enter an era of prosperity.

Admittedly, colonialism is not the sole cause of Africa’s problems. However, its negative impact persists.
For a long time, we have looked elsewhere to seek help in making a decision, a commitment.
Is it not time for this tropism to be stopped? Is it not time to look towards our continent? To consider its cultural wealth, its human potential?

Africa should be proud of its resources, its cultural heritage, its spiritual values, and the future should strongly support this natural pride.

Africa can and must validate, on its own, its elections and thus endorse its citizens’ free choice.
It has regulatory tools and legal institutions, such as Constitutional Councils and Supreme Courts, which can settle electoral disputes and appeals.
These institutions could be reinforced, if need be. But they exist! They are operational! Otherwise, what is the use of having them?
Africa is governed today by a new generation of uninhibited leaders. They are working for the stability, political openness, economic development and social progress of their peoples.
They are working with determination, resolve and conviction, without caring about being “graded” or assessed by the West.

For several decades, the growth rates achieved in some countries in the North have not exceeded those in some African countries. The failure of their opinion polls shows the extent to which they have lost their capacity to understand their peoples’ aspirations.

And yet, these countries with an ailing economy, a poor social situation and a weakening leadership, assume the right to impose their development model on us!
I repeat : I consider the notion of Third-worldism to be outdated!
Such practices bear signs of economic opportunism: the respect and benevolence shown to a country should no longer depend on its natural resources and the profit expected!

This is the path to solidarity, peace and union chosen by my country.
We reaffirm our commitment to the development and prosperity of African citizens.
We, peoples of Africa, have the means and the genius; together, we can fulfill the aspirations of our peoples.
Thank you for your kind attention.
Wassalamu alaikum warahmatullah wabarakatuh”. 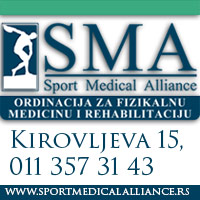